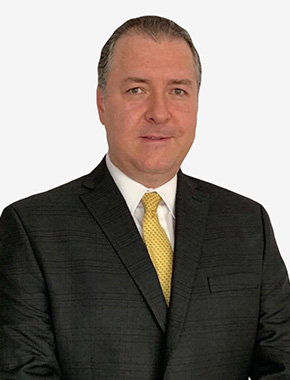 In 2009 he was incorporated into the prestigious local Firm Blasco y Asociados, S.C., which was founded in 1974 by Gregorio Blasco González, and whose main areas of services and expertise are Tax, Audit, Accounting and Compliance, Legal and Payroll.

Gregorio has participated and led successfully several projects in the structuring and restructuring of groups, businesses and projects, due diligences, tax audits, rulings with the tax authorities, compliance of tax obligations, advisory and compliance of Anti Money Laundering Regulations, tax advisory to corporations and individuals locally and abroad, as well as several experts’ opinions.

He has participated as expounder and participant, in several courses, seminars, forums and Chambers, locally as well as internationally, as well as in the Mexican Public Accountants College, and has been a member of the International Fiscal Association (IFA), the Spanish Chamber of Commerce and the development tax committee at the Mexican Public Accountants College.